A metric to quantify high press intensity introduced by Colin Trainor in 2014*.

Only events in a subset of the field (final 60%), as described on the figure, are taken in consideration: 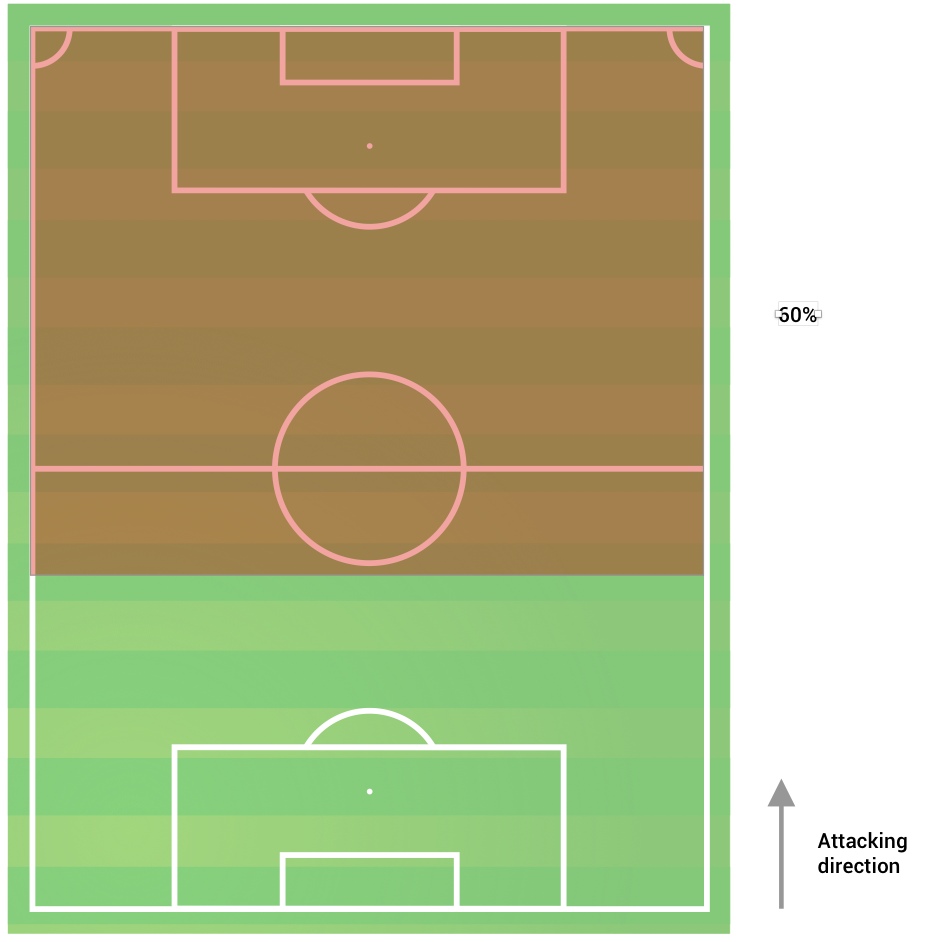 Notice that Manchester United had allowed much more Liverpool passes in their defensive zone. Basically PPDA reflects how many passes in the opponent defensive zone the opponent can make per one challenge. The lower this number, the better the team is doing high pressing. In top five European leagues for 2018/2019 the average PPDA per season is 11.01. The best team in PPDA in top five leagues 2018/2019 is Eibar with whopping 6.72, and Nürnberg has the least PPDA (18.21).